How and why does religion matter in response to forced migration? On Friday 10th May 2019 the Refugee Hosts’ team co-convened a workshop with colleagues from Yale, as part of our British Council-funded Bridging Voices project, to examine the role of religion in forced displacement. The Bridging Voices project and our recent workshop brings our Refugee Hosts research in Lebanon and Jordan into conversation with research conducted by our Yale colleagues in Cameroon, Greece, Malaysia and Mexico. This blog post, written by Dr Jennifer Philippa Eggert, Head of Research at the Humanitarian Academy for Development (HAD), and jointly posted by Refugee Hosts and HAD, reflects on three themes that emerged and were discussed at the workshop. The first theme focuses on the narratives and stereotypical images of Muslim refugees that can negate the heterogeneity of how Islam is interpreted and practised, and that can lead to erroneous assumptions about faith and identity by humanitarian actors. The second theme emerging in the discussions was the way that states often mobilise the discourse of radicalisation to justify rejecting refugees who are or are assumed to be Muslims. The third theme focuses on inter-faith competition and collaboration. Workshop participants discussed examples of different faith-based organisations being treated unequally across humanitarian fields, but also how inter-faith collaboration amongst humanitarian agencies can help to ensure that humanitarian aims are achieved. 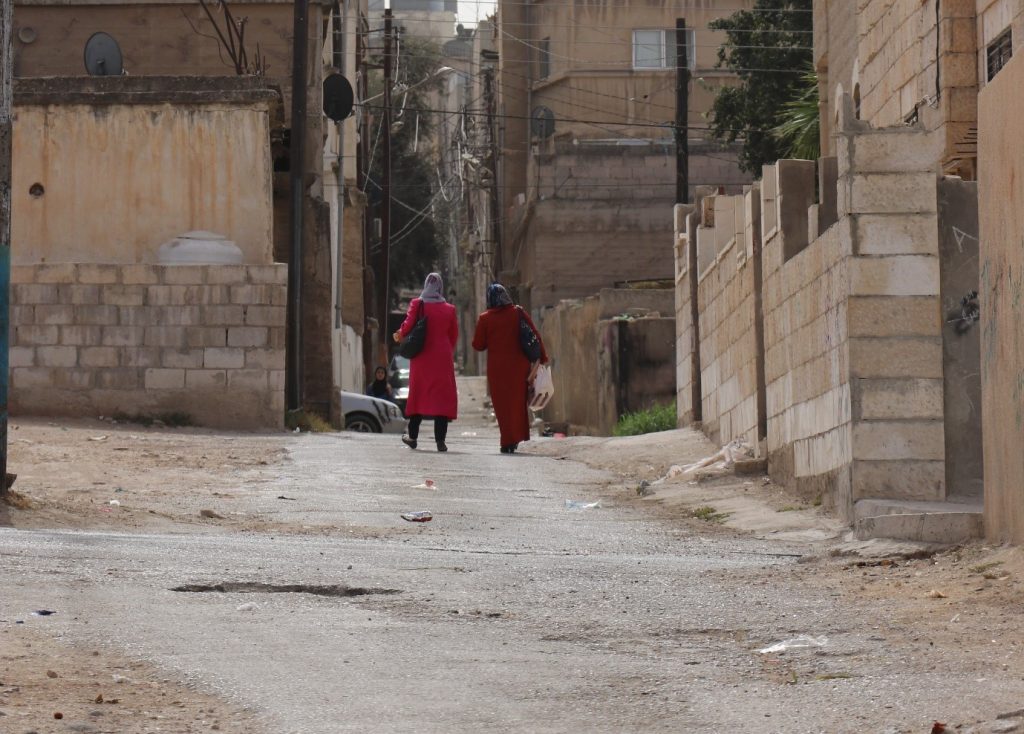 For more information about the Religion and Social Justice for Refugees project, click here; if you find this piece of interest please visit our Faith and Displacement series and read Prof. Elena Fiddian-Qasmiyeh’s post, based on her contribution to this workshop, The Poetics of Undisclosed Care.

Three ways in which Religion Matters in Responses to Refugees

By Dr Jennifer Philippa Eggert, Head of Research at the Humanitarian Academy for Development (HAD)

As the research arm of a development and humanitarian aid organisation, the work of the Research Department at the Humanitarian Academy for Development (HAD) is all about bringing academics, practitioners and civil society together in order to produce practice-relevant research. HAD is a faith-inspired organisation, so we are particularly interested in debates on how faith and religion intersect with development and humanitarian aid. We were therefore delighted to receive an invitation to participate in a one-day workshop on Religion, Social Justice and Refugees held at Yale University in the US earlier this month.

Exchange between academics, practitioners and policymakers

The workshop, which was part of a 3-year Bridging Voices research project on Religion and Social Justice for Refugees funded by the British Council USA, was co-convened by members of a team of researchers at UCL in London and Yale University in the US, including Prof. Elena Fiddian-Qasmiyeh, Dr Zareena Grewaland Dr Unni Krishnan Karunakara. It provided a space for the Bridging Voices research team to share initial findings from research with and about refugees in Greece, Malaysia, Mexico, the Mexico/US border, Lebanon and Jordan. The presentations from the researchers’ fieldwork was followed by interactive discussions, during which academics, practitioners and policymakers from the US, Canada, Mexico and the UK reflected on the findings by linking them to their own expertise and experience.

During one of four practice/policy sessions, I was invited to share an overview of the HAD’s research on conflict, migration and faith (including our ongoing project on the role of faith in responses to trauma experienced by Muslim women, many of whom are refugees) and respond to the initial findings of the Bridging Voices research project. Whilst we covered a range of different topics during the workshop (which lasted a full day), three themes that emerged during the workshop highlighted for me in particular how and why religion matters in responses to forced migration.

Theme 1 – The image of the ‘Muslim refugee’

As the research team led by Dr Zareena Grewal (Yale) pointed out, there is often an assumption that Islam is the most important point of reference for refugees with a Muslim background. This image of the ‘Muslim refugee’ as an extremely pious and socially conservative individual was challenged by the fact that Muslim refugees in the refugee camp in Greece, where the team conducted their research, came from a variety of backgrounds.

One of the researchers recalled how shocked Westerners were when they met queer Muslim refugees in the camp – or refugees whose clothing choices and hair styles were perceived unconventional because they were not traditional. The team recalled one young Iraqi man whose statement that he had been wearing the same clothes he was wearing in the camp back home in Iraq was met with disbelief by the Westerners in the camp.

This essentialisation and othering of Muslims (and people from cultures outside of ‘the West’) does, of course, have a long history in Europe. It is linked to Islamophobic narratives that make a clear distinction between ‘us’ and ‘them’ and project undesirable traits onto the out group (in this case, Muslim refugees).

The prevalence of such stereotypes is particularly problematic when they inform practitioners’ and policymakers’ responses to forced migration – which are then based on simplifying (or plainly false) assumptions, rather than the refugees’ actual needs.

A second theme that emerged during broader discussions at the workshop was the (suspected) link between refugees and radicalisation. Participants pointed out that fear of (supposedly) radicalised refugees often dominated debates on forced migration and religion. In some cases, there is a perception that this alleged link between refugees and radicalisation is being used as an excuse by potential host states not to take in refugees of Muslim faith or heritage – because in many contemporary cases, the fear of the ‘radicalised refugee’ is de facto one of the ‘radicalised Muslim refugee’.

For researchers, this association often entails a difficulty to access gatekeepers and research participants, as the topic of religion and forced migration is deemed controversial due to its assumed linkage with radicalisation. Fears over the link between religion, refugees and (alleged) radicalisation are not new – indeed they are a phenomenon that we know from numerous countries in various parts of the world. The fact that fears over radicalised Muslim refugees are so widespread highlight that Islamophobia mixed with anti-refugee resentment is by no means a Western phenomenon only.

A third theme that emerged during the research presentations and the following discussions was the issue of interfaith competition and collaboration. The research team working in Greece found that whilst some Christian groups were actively proselytising in the refugee camp, Muslim faith-inspired humanitarian organisations were banned from providing assistance to the refugees. This finding was supported by the experience of one of the practitioners in the room, a visible Muslim who had travelled to Greece on a humanitarian mission, where she experienced first-hand the sensitivities of Islamic-faith-inspired organisations working on the ground.

On the other hand, the representative of a major Muslim humanitarian aid organisation shared how different faith-inspired organisations also often cooperate – to maximise the impact of their work, which at times includes navigating contexts that can be hostile to members of a specific faith. One example would be Muslim faith-inspired NGOs working in cooperation with their Christian counterparts at the US/Mexico border – without overly publicising it, due to the sensitivities around their presence on the ground. The same was true for Christian faith-inspired humanitarian organisations who were working with Muslim NGOs in Yemen, letting their Muslim partner organisations take the lead, in order to avoid possible backlash.

To me, this example highlighted the common ethos of humanitarian organisations (regardless of faith) and their creativity in trying to navigate challenging environments, which allows them to fulfil their purpose – to serve those who need their assistance and support.

if you find this piece of interest please visit our Faith and Displacement series and read Prof. Elena Fiddian-Qasmiyeh’s blog post, ‘The Poetics of Undisclosed Care’ based on part of her presentation at the workshop here.

To read more about HAD’s ongoing research project on gender, forced migration, trauma and faith, read the field notes from Tunisia of one of the HAD Postgraduate fellows here.

Head of Research at the Humanitarian Academy for Development (HAD)

HAD are always looking for innovative faith-based research projects to engage in and co-partner with. If you are interested in submitting an idea for a research proposal  please contact sonya.sanghera@had-int.org